Developed in the 1950s by a psychologist interested in hallucinogenic drugs, sensory deprivation tanks are now back in vogue 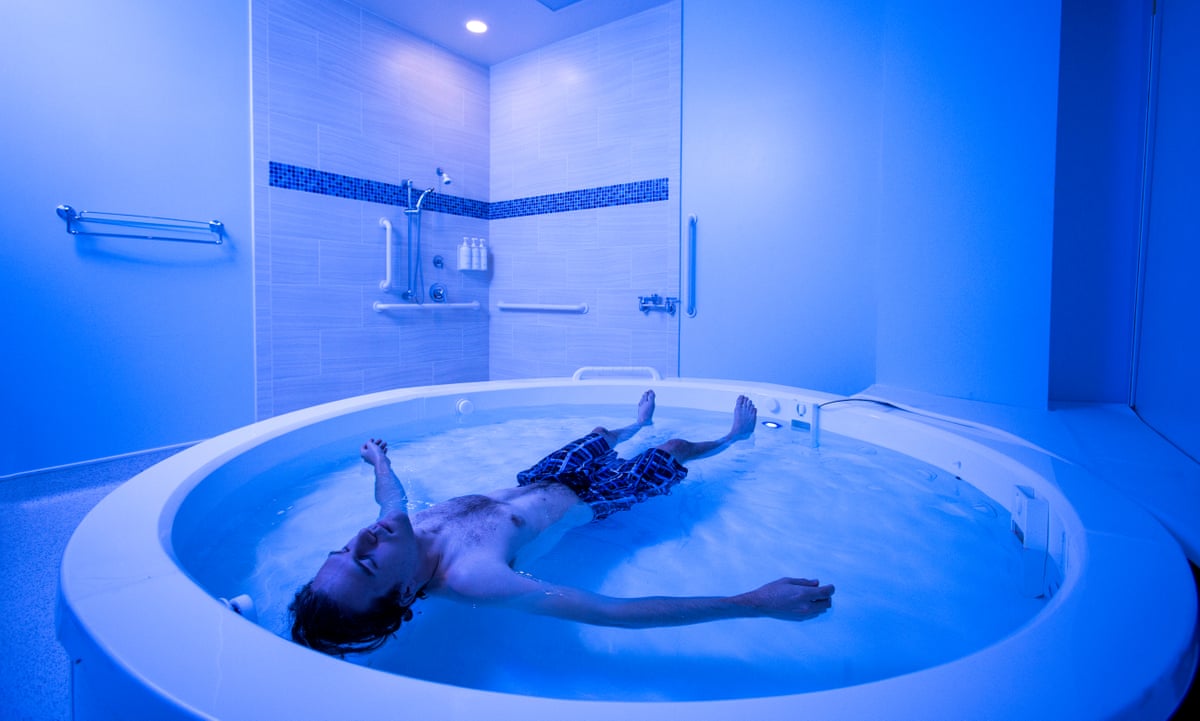 When was the last time you really stopped running around and just stood still? At a time when work, endless emails and a million distractions vie for our attention, the idea of taking time to just be present is more popular than ever.

This is where sensory deprivation flotation pools come in. Flotation pools promise to give that stillness back to you, even if you have never meditated a day in your life.

That said, sensory deprivation is really a misnomer, according to Justin Feinstein, a neurophysiologist who studies the effects of the practice in his laboratory at the Laureate Institute for Brain Research. The pools reduce external stimulation, and thus enhance internal sensation of a persons world, he explains.

From science experiment to fashion statement

Flotation pools originated in the 1950s with a wacky researcher named John Lilly, who tried to see what would happen if a person was submerged underwater for long periods of time, without the distractions of light and sound. Lilly published no scientific research, according to Feinstein, and instead wrote about his experiences taking hallucinogens while underwater. Lilly was ostracized by the scientific community, explains Feinstein, and the practice didnt catch on.

In the 1970s, when mediation and Eastern philosophy became fashionable, a much more palatable version of the flotation pool emerged, without the hallucinogens. For an hour at a time, at a spa or at someones home, a person could float face up in a warm tub or pool of very salty water. The temperature was set to match that of the human body, and the salt content was high enough that you could float effortlessly. With sound- and light-proofing, the desired effect was a feeling of weightlessness and a sensation that your body and the water were one.

The practice faded away in the 1980s, which some attribute to the AIDS scare, when bathhouses and other communal places also closed only to reemerge today, stronger than ever, as yoga, meditation and alternative medicine have also done. Commercial tanks have cropped up all over the country, promising an easier path to meditation and a new experience for people looking for another way to inner peace. The resurgence of flotation pools is relatively recent, says Feinstein, with the movement really coming back around 2010. In 2009, Feinstein tells me, there were only 20 flotation centers in the US. These days, he says there are over 300 places to float across the country.

While the tanks offer a way to relax and self-reflect, for scientists like Feinstein, flotation also shows promise of helping people deal with anxiety. Flotation allows the nervous system a chance to relax, explains Feinstein. According to him, the level of relaxation achieved in a flotation pool is similar to what would be achieved with anti-anxiety drugs or mediation. Flotation pools also help people with anxiety become more aware of their own body: those with anxiety will often imagine that their heart is beating out of control, and a flotation pool allows them to lie still and really hear their own heart rate and breathing.

Flotation has been shown to be an effective intervention to prevent sick leave, as well as an effective treatment of stress-related disorders and chronic pain conditions, says Kristoffer Jonsson, a PhD candidate studying the practice in the laboratory of Anette Kjellgren, a psychologist and flotation researcher at Karlstad University in Sweden. Like Feinstein, Jonsson has found promising results in using flotation for the treatment of anxiety.

The world is so beautiful

To better understand what happens inside the flotation tank, I dropped $100 to experience an hour of senselessness at Lift/Next Level Floats, in trendy Carroll Gardens, Brooklyn. While a number of tanks have popped up at spas all over New York City, Lift is devoted exclusively to flotation. Situated on a busy shopping street, the flotation center is eerily still. The silent waiting room is outfitted with comfy couches, herbal tea and books by Oliver Sacks and Buddhist scholars.

At Lift, the flotation tank looks like a cross between a sleek car top carrier and a huge bidet. After a shower, you enter the pod, close it, turn a dial inside the pod to turn off all light, and lie still. Despite the fact that you are lying naked in a huge plastic tub, I felt calm as soon as the lights went out. The pod felt like a cocoon albeit one I kept gently bumping into in my first restless minutes.

The experience really does remind you how seldom we are alone and in silence with our thoughts, outside of the time when we are trying to fall asleep. If you have trouble shutting out the world, says Sam Zeiger, flotation shuts it out for you. Zeiger has operated a flotation tank service in New York since 1985, and runs the only commercial flotation business that has survived since the last time flotation was in fashion.

One of its most profound effects was the feeling that for the next hour there was nowhere I needed to be and nothing I needed to do, but relax and float in the warm water until I felt dissolved.

That sense of calm is a big reason people use flotation tanks, says Zeiger, who refers to flotation as a mini retreat that gives you a rest from gravity and outside sensory input.

The greatest gift is the gift of having a little pause in your life, stopping the wheels that we have to be doing something or achieving something and just be yourself, he explains to me.

My amygdala potentially dampened, I stopped fidgeting and was finally able to lie still without touching anything in the pod. Your sense of time is the first thing to go as you float. Without a watch or any outside cues, the difference between 10 minutes and 30 minutes totally disappears. At first I kept thinking about this article, and trying to remember every part of the experience so I could relay it, but after some time, my mind started to drift. As I allowed myself to relax, I seemed to enter a half asleep state.

A lot of people talk about being in this liminal state between sleeping and waking Feinstein explains, an idea echoed by Zeiger, who has been floating for years.

As I lay there, groggy but awake, I couldnt help thinking, My god, the world is so beautiful. (This despite the fact that my non-pod self would probably roll her eyes at the hokeyness of this sentiment.) Newly sprouted flowers pushing up through the earth, warm sunshine, the feeling of being close to my family it was all so wonderful. If I could just ignore politics and world news, pretend to live in this little bubble, and focus on this moment and this day, it would all be bursting with happiness and light.

In Feinsteins research, in addition to reduced anxiety, he had told me that subjects typically report a feeling of serenity when they float. In my case, I found myself smiling into the dark.

Before I knew it, a soothing recorded voice piped up to ask me to exit the tank so the water could be changed. I felt a rush of euphoria as I exited the tank, which in my happy state suddenly seemed more like a clam shell than a bidet. The euphoria unfortunately did not last beyond a few minutes out of the tank. By the time I was going through the acrobatics of trying to put my jeans back on without stepping into a puddle of water on the floor, I was more or less back to my normal self.

I walked back into the waiting room and sat on the couch sipping chamomile tea and wondering at how loud and overwhelming the Brooklyn street outside now seemed. I cant say that single experience had a lasting impact, but it was restful to have had an hour in that warm plastic cocoon.

Feinstein hopes to gather more data over the next five to 10 years on exactly what happens to the brain during a float session and whether it has long term effects. If the data supports it, he would be happy to see this become a therapeutic treatment for anxiety.

While he admits more research is needed, Jonsson sees a place for flotation in current treatment, pointing out that methods supported by less scientific evidence, like massage and acupuncture, are already used in healthcare.

With a resurgence in flotation, its possible that one day people will float regularly to reduce stress at the suggestion of their doctor. For now, it remains a somewhat pricey, somewhat brief retreat from reality.